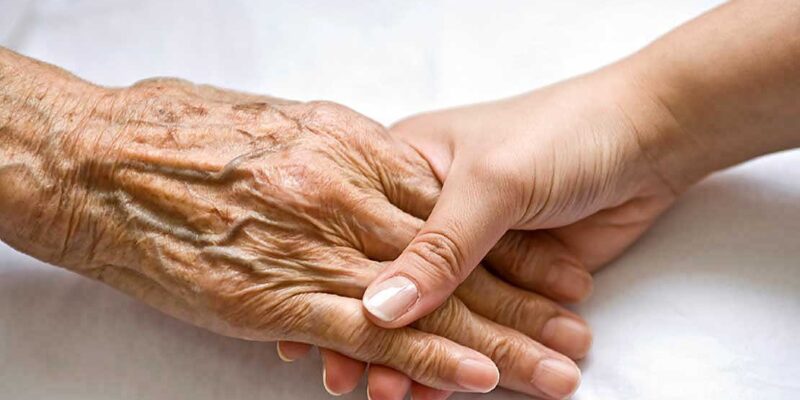 European Geriatric Medicine Society published a study aiming to understand how people with Parkinson’s disease and their relatives approach advance care planning (ACP)[1]. ACP is a pertinent issue for those living with Parkinson’s disease and their relatives, as the disease brings with it changes to cognitive and physical ability which  that it may become difficult for the person to make decisions about their care and treatment.

33 interviews were carried out with people living with Parkinson’s Disease and their relatives. The study found that, in principle, interviewees thought ACP was a good idea but were reluctant to engage with ACP in the present. The main themes that arose from the discussions were awareness, uncertainty and salience, and the study proposed that an understanding of these issues may explain the interviewees reluctance to engage in ACP.

The awareness theme relates to understanding of Parkinson’s disease itself, with many participants unaware that cognitive impairment, speech and swallowing problems are symptoms of the disease. The perception that Parkinson’s disease involves a very slow decline meant that interviewees felt there was plenty of time to make advanced decisions, so there was no need to engage in ACP now. Many of the interviewees were not aware of ACP and found the terminologies and legality of the various components of ACP difficult to grasp. Cultural awareness was also identified as an issue, with cultural stigmas about discussing death and dying affecting people’s willingness to engage with ACP.

The study found that interviewees felt uncertain about future meaning planning was considered difficult. For example, whilst agreeing in principle that an Advance Statement would be a good idea, they weren’t sure what they would include in theirs. The fact that the preferences in the Advance Statement may not be honoured due to external factors also contributed to this sense of uncertainty.

Many interviewees felt fearful about the future, and ACP not only requires the individual and their family to engage with thoughts about dying, the Advance Statement and Advance Decision to Refuse Treatment aspects of, ACP also requires someone to think about the process of dying itself. Professionals working with people with Parkinson’s Disease rightly emphasize that everyone’s experience of the disease is different, but this inadvertently led many interviewees to feel uncertain about the condition itself.

Advances in medical science was a consideration affecting participants’ willingness to plan ahead – concerns were raised about making an advance decision to refuse treatments that may be developed in the future to effectively treat Parkinson’s Disease. The idea of committing themselves to a binding document rather than keeping options open was a cause for reticence, even when it was explained that people could change their minds. In addition, some interviewees felt choice wasn’t necessarily a good thing and preferred to leave decisions to family and professionals.

The study identified ‘saliency’ as a key theme, by which they mean the personally relevant reasons that mean people make decisions at particular times. These reasons have meaning and purpose for the individual and may not be easily explained by objective factors such as age, living circumstances or stage of Parkinson’s Disease, but ultimately the decision needs to be perceived by the individual as being in some way beneficial. Interviewees were found to be more open to practical planning rather than health care planning, and these practical decisions were informed by family considerations, for example protecting assets for their children. ‘Prompts’, such as changes in health and seeing the experience of others around them, was a key factor in whether interviewees had made plans for the future. It was also noted that the study itself could work as a prompt for participants to engage in ACP.

Interviewees felt that health and social care professionals should have more of a role in raising discussions about ACP. This is an important point, as one of the key prompts that encourage an individual to consider ACP is changes to health, cognition and care needs. The perceived tension between Advanced Care Planning and positive messaging about conditions such as Parkinson’s and Dementia, highlights the importance of how issues of ACP are broached by health and social care professionals. Skilful communication grounded in respect and understanding for the cared-for person’s values and preferences allows room for ACP discussions that, rather than install fear about the future, compliments a person-centred approach to care provision. The study affirms that a flexible approach is needed in relation to ACP, with the discussion being just as important as the written document for some people. As stated in the study, ‘it may be more effective to rebrand ACP as simply good, effective communication about the future’.